Growing Up Yanomamö by Michael Dawson 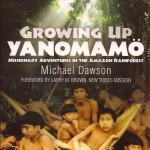 What might be most engaging about Growing up Yanomamö is its lack of desire to pound spirituality into your head just so the author can show you how spiritual he is. This is a memoir of growing up in the jungles of the Amazon. It is an adventure story by someone who’s parents are missionaries and has grown up to be a missionary himself. This book is filled with rivers, snakes, tapir (a horse-like animal), arrows, illness, and injury. He is broken in life. Dawson loves God, but he loves the Amazon, too.

Growing up Yanomamö does not tell the story of a spiritually arrogant missionary family going into the jungle to bring the modern era to naked pagans in some corner of the jungle that God has forgotten. The Yanomamo people are not a project for a church missions fund drive, but friends of Dawson and his family.

Dawson invites you into his life in the jungle. He writes of his life and his laughter, of danger and death – the language of what it means to be human. He puts flesh on the bones of this distant people, makes them real, and reminds you that they are to be cared for. It’s not that God doesn’t play a part in this book. HE is the central character, in fact.

– First appeared in the Manna, October, 2009. More information is available at www.readthemanna.org

All the Day Long by Millie Dawson 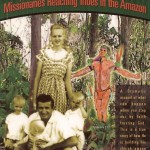 This true story shows how God uses two ordinary people for His glory in the Amazon rain forest of Venezuela. Joe and Millie Dason meet after Worl War II when Joe returns from military service. They marry and settle down to what they suppose will be an ordinary life. Then in a small country church in Virginia, they are saved and challenged to give their lives to reach the unreached. A new life begins.

In the rain forest they meet a little Yanomamö shaman, who later becomes known to them as Bautista and to the outside world as Chief Shoe Foot. Buatista’s life intertwines with the Dawson’s as they learn the language and culture of the Yanomamö and share the gospel with these tribal people.

I Can See the Shore by Michael Dawson 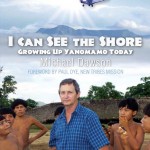 I laughed at Mike’s jungle exploits and cried with him over his daughter’s death. Very few people have the opportunity to grow up on both sides of the cultural fence as Mike and I have. Reading this book will highlight the Gospel as a multicultural message. — Steve Saint, itecusa.org

I Can See the Shore depicts a life lived among the Yanomamö with gusto and good humor, while personal sorrows are overcome with grace and transcendence. Mike Dawson not only tells his own remarkable story, but also translates the experiences of Yanomamö shamans, warriors, and childhood friends as they struggle with illness and warfare and confront choices about how to live as Yanomamö in a modern age. — Amy Wray, National Geographic Television

I’ve known the Dawsons for several years and rejoice in their great faith in God amid severe trials. In spite of the obstacles of primitive conditions, sickness, and death, they have persevered for the souls of the Yanomamö Indians in the rainforest of southern Venezuela. This book is a gripping life story of the triumph of missions with all its mega-­challenges. — Dr. George Sweeting, Chancellor Emeritus Moody Bible Institute 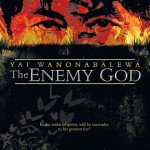 The Enemy God was made in conjunction with members of MPAS and is about an MPAS missionary’s journey from witchdoctor to preacher.

Bring the multi-award-winning film, The Enemy God to your home, classroom, or small group. Filmed in the rainforest of Central America using an indigenous cast, The Enemy God tells the true story of Bautista Cajicuwa, a former Yanomamö shaman, and the supernatural struggle for the survival of his people. It is perfect for small group discussions, covering topics such as: world cultures, tribal spiritual worldviews, and indigenous rights.

This film exposes the reality and deception of demons in the spirit world. See the power of simple faithfulness and prayer to win victory. Watch the gospel transform a culture.