At 11 AM on Sunday, the 14th of June, 1992, Reneé Dawson, wife of Michael Dawson and mother to three small boys, went into a coma caused by a malaria attack. Every attempt was made to contact the flight service provider. For some reason, no contact could be made until night fall. Although the plane left the town of Puerto Ayacucho at first light the next day, because of the distance between the village and the nearest town, it was not until almost noon that she was admitted to the hospital, where she passed away. Ever since that time, the need for a aircrafts stationed right in the jungle has been evident

That need was further cemented when Mikeila Dawson, 5 year old daughter of Michael and Keila, died in the jungle. She had become sick in the middle of the night. At 6:30 AM attempts were made to call out by radio for the airplane. No communication could be established. Mikeila fell unconscious at 9 AM and passed away at 2 PM. Having aircrafts stationed in the jungle could have made the difference between life and death.

There are no hospitals.

Death in the southern jungles of Venezuela is common.

These are only two examples of the need to have air support based in Mission Padamo’s jungle base. There are many other examples where Yanomamö patients did not make the long wait needed to have an airplane come all the way up from the city.

With an established flight program located in the nearest town, the best case scenario in a medical emergency means a minimum five hour wait time. By the time a pilot based out in town is aware of an emergency, gets his plane ready, flies to the jungle base, turns around and returns to the city, a minimum of five hours has elapsed — and that’s best case scenario. This means that any emergency occurring after 1:30 PM would result in the patient waiting until the next day to get to the hospital.

To make matters worse, however, on the 9th of February 2006, the mission providing  flight service closed their flight program in Venezuela. What was once a best case scenario now seems impossible.

Since then, news of deaths continue to flood in from surrounding areas. Without any medical help nearby, death in the southern jungles of Venezuela is common. The people who live in this area are remote, being close to 2 hours by plane to the closest hospital. A plane is in some cases the only life saver they have. Further, outreach opportunities to more distant villages are drastically hampered by arduous river and over land travel. An airplane can save years worth of time in reaching the lost with the Gospel in this part of the world.

an airplane can save years worth of time in reaching the lost with the Gospel in this part of the world.

In 2001, an experimental Zenith Air CH 801 was built and stationed at Mission Padamo’s jungle base. This fulfilled the desire to have an airplane based right in the jungle. While being used  to transport medical emergencies to a newly opened, small government medical station down river, the Zenith was also used extensively for outreach programs in the jungle. However, in 2003, the engine of the 801 needed to be replaced. The church backing the project preferred that Mission Padamo had a certificated aircraft, so they purchased a Cessna 172 for the ministry.

This plane has since been modified for jungle service, and it is ready to head to Venezuela. It is, however, still waiting for import permission. It is currently on loan to a missionary aviation training group, the Spokane Turbine Center in Washington state.

The need is evident to all who live in the jungle: the Yanomamö and the missionaries alike.  It is the desire of Mission Padamo to base aircraft right in the jungle base, and it is for this purpose that Mission Padamo Aviation and Support was established. MPAS is a registered 501(c)(3) non-profit organization, trusting the Lord for an airplane and all that that entails. 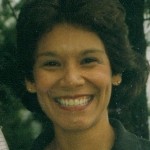 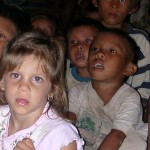 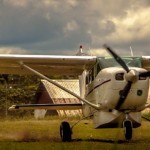 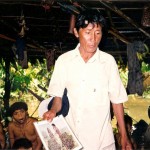 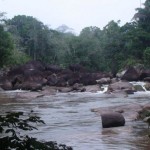 River travel can be difficult 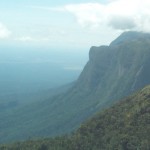 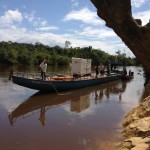 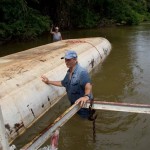 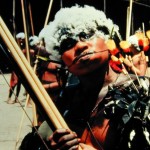 Please consider if this is a ministry you would like to be involved in and let us know! It is impossible to know how many lives this flight service is going to save and how many lives are going to be transformed by the message of Peace this plane is going to bring to this warring people.