Sharon Dawson Menefee works in Coshilowateli, Venezuela. She was born and raised in the jungles and only two weeks old when her parents moved to this small village of only thirty people at the time. This included men, women and children!  Now the village is over 500 people!

Sharon and her sister Faithie run a home for un-wanted or neglected children. They have rescued  many of these kids from certain death.  They provide the necessary things in life and the stability of a loving home that is centered around God.

For years they have taken in children who lose a parent and experience neglect when the remaining parent cant care for them. Many little ones pass through the doors of this home. There are some who remain there permanently; little ones who were to face certain death the moment they were born into the world. Sharon and Faithie hear about this and go talk to the mothers and fathers. It would be settled that they would care for the mother until the baby was born. Then they would be called at birth to cut the cord and take the baby home. There are six at the Home now, each with their own story to tell. The oldest just turned 29 and the youngest is 3.

Sharon, you might say, is the head cook who makes sure there is good food on the table. She takes on a lot of the grunt work: yard work,  garden, the pigs and the list goes on. Often she has to make trips out to the small city of Puerto Ayacucho to buy supplies for the family that can’t be purchased in the little outpost down the river.

Since there is no outside help for the  Yanomamö, Sharon and her sisters have started a “club” for the older generation. One must be 60 or older to join.  They fix rice, sardines or fresh fish that David Dawson (one of the boys that grew up in the home) and his friends catch.  Sometimes there is fresh bread but most times the food is served with casave (a dry bread-type food made from the yucca plant) 3 times a week the older folk will gather together to get fed and just to enjoy a time of fellowship.

They also have youth work at nights, though more than the youth show up!  Most of the women in the village show up as well and some of the men too! They do lots of fun things with the people: singing, Bible charades, Bible programs and learning Bible verses.  When asked if the attendants wanted to play games as well, everyone said they would rather sing and do the Bible charades! Praise the Lord for this people who yearns for His Truth! 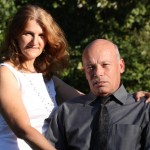 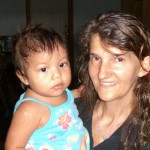 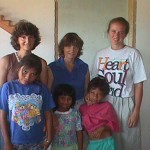 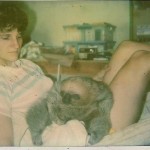 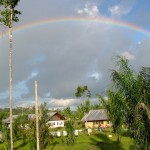